Dance is not an answer.
Dance is a question. 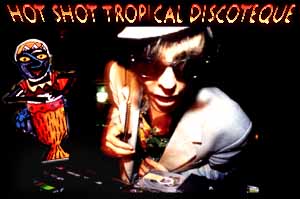 a guy with a bunch of music
who likes to dance

Start out the evening with ambient lounge and soft world music.
Then, as the dancers hit the floor, turn up the volume for some
unique club remixes of well known ethno-pop tunes,
blended with an urban disco-house-and-trance beat.

From Shakira to Ricky Martin
From Buena Vista Social Club to Marc Anthony
From Safri Duo to Africa Bambaataa
From Ofra Haza to Dr. Alban

Late in the evening, everything is possible
– from disco and pop to oldschool dansktop

To make it happen,
this is what is required for you to organize:

(200W or more, according to the size of the dancing floor.
The CD players or the mixer must have head phone plugs)

You can read more about the technical side of it here...


If possible:
• one or two video projectors

I often bring along a slide projector to blow
up some tropical images on a wall in the room.
It adds to the atmosphere. Great to dance to!

For parties of less than app. 100 persons
I have a fixed price of DKK 500 per hour

For larger events: Let’s talk about it

Examples of
places I have DJ’ed: 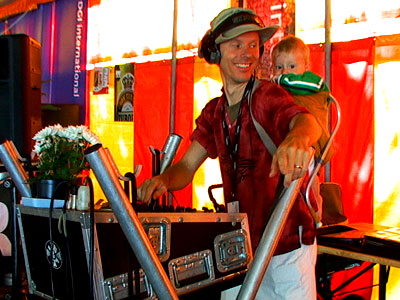